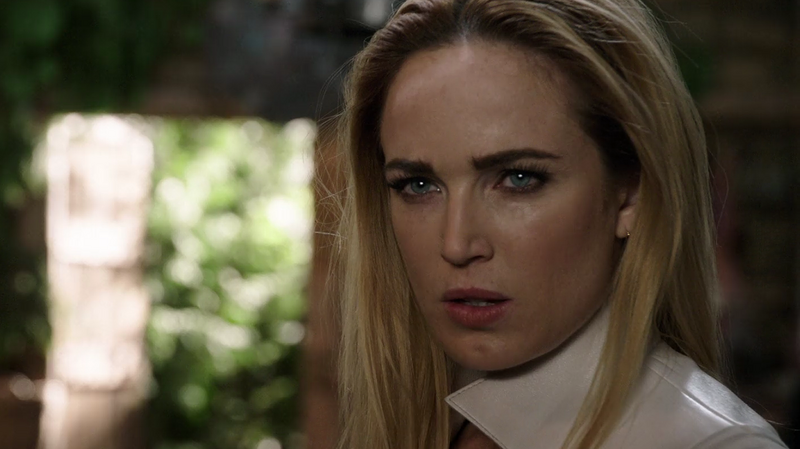 ‘Legends of Tomorrow’: Caity Lotz on Evoking John Woo for Her Directorial Debut

Caity Lotz is making her directorial debut with “Mortal Khanbat,” this week’s John Woo-inspired episode of DC’s Legends of Tomorrow, and she knows her stuff.

“Of course there are doves,” she laughs during a recent press event. “You don’t do a John Woo episode without doves.”

The reason Legends of Tomorrow viewers haven’t seen as much of Lotz recently isn’t just because Sara Lance was a key part of the most recent Arrowverse crossover, Crisis on Infinite Earths. Instead, Lotz was absent on screen during episode four of this season because she was preparing to direct the fifth episode, in which the Legends try to track down a renegade Genghis Khan in 1997 Hong Kong.

Directing the episode, Lotz says, was an “awesome” experience, because of how it differed from being an actor. “Acting is so creative and one side of your brain, and directing is creative but also very [focused on] logistics, planning, timing, prepping. It’s very practical. So, to be able to use both sides [of my brain], I really liked it.”

Lotz also had an advantage over other first-time directors on set, especially for shows like Legends, because as she notes, “Actors know their characters better than someone coming into direct one episode, who doesn’t really know the show that well. But since I’ve been working with everybody for so long, to be able to work with the actors, especially Matt Ryan, who has a big episode [as Constantine], that was really fun to get to direct.”

While Lotz was also largely absent on screen during the episode she directed, she says that the next time she does it, she’d feel comfortable doing more acting. However, she adds, “Being in the episode before, the prep episode, would suck, [because] everybody else would have to do some of the work for you, but being in it while actually directing, I think I could do more of that now.”

Though, when asked about the idea of directing herself, she immediately started joking about how she might do so, yelling “You suck! You suck!”

As an actor, this year has also been an interesting one for Lotz, as the death of Oliver Queen led Sara to confront her assassin past and the Sara she used to be during the Crisis on Infinite Earths crossover event. “It was kind of a lot, revisiting the old Sara and [realizing] ‘Oh, maybe I’m not quite all healed yet.”

Speaking of the past, one detail that arose out of the recent Crisis is that Sara’s father, Quentin (Paul Blackthorne), is now alive and well in Star City — something Lotz says could be a factor in the next season. “Have a Take Your Daughter to Work Day,” she jokes. She also would be interested in bringing over Katie Cassidy, who played Sara’s sister Laurel for years on the recently concluded Arrow.

In addition, Sara’s committed relationship with Ava has been one of Legends’ sole points of stability. Jes Macallan, who plays Ava, says that she made this a request after decades past of lesbian relationships on television ending in tragedy: “I said to the writers last season, ‘I’m not breaking up with her again. I love her. We’re gonna do this. Write something else.”

Things between Ava and Sara are now good enough, Lotz says, that sometimes she asks “’Can we have a storyline that isn’t about her relationship with Ava?’ That’s the only downside… She’s also still just a person on their own who has issues and things other than their partner.”

Ava’s continued prominence this season, including taking over command for a few missions, came about in part because of Lotz’s directing responsibilities. But in the recent episode, “Slay Anything,” Lotz appreciated how Sara let Ava indulge her personal passion for horror and true crime stories. “You know, if it’s like if your partner gets to do something that they love and you do with them — it’s really fun,” she says.

It’s the sort of situation that can only come up on Legends, a show which continues to evolve year after year into increasing realms of weirdness. But when asked about how she feels the show has changed since the beginning,

Lotz’s response suggests that in some ways, that anarchic spirit has always been there, because “It feels like everyone’s been here the whole time… But then now when I think about I’m like, ‘Oh, it’s just me and [Dominic Purcell as Heat Wave] now.’ It is weird when I think of back to the beginning and what the show was and what it is now. But I guess it just feels like it always has been this.”

Legends of Tomorrow airs Tuesdays on The CW.