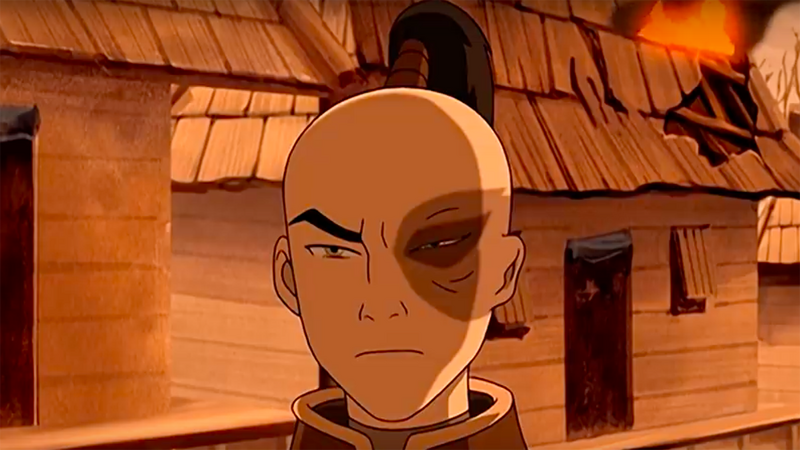 In general, Avatar: The Last Airbender, created by Michael Dante DiMartino and Bryan Konietzko, was filled with strong characters, so it’s saying something that one of the most popular has continued to be Zuko. Introduced as a nemesis to the show’s young hero, Aang, Zuko would go on to be revealed as a much more complex character and, eventually, become an ally to Aang. Dante Basco voiced Zuko and has seen firsthand the impact the show and character continue to have.

Fandom spoke to Basco about celebrating 15 years of Avatar: The Last Airbender, Zuko’s impressively told redemption story, and what the future could hold.

The first episode of Avatar: The Last Airbender debuted 15 years ago this week, on February 21, 2005. But for someone like Basco, who was there making the show, does it feel like 15 years have passed? Said the actor, “Time flies by, man! It isn’t a yes or no. To some degree, it feels like we just did it yesterday and then, I don’t know, I go to cons and someone says ‘It’s the tenth anniversary of Avatar! It’s the 15thanniversary!’ and it’s like ‘What?’ It’s a timeless show though so when it comes back up, it feels like it was yesterday.”

As Basco noted, the audience for Airbender has endured and the fanbase continues to look back very fondly on the series, while new viewers are discovering the series. Said Basco, of why that is, “It’s just so timeless. It’s like Star Wars and the characters I grew up loving, like Luke Skywalker and Han Solo. And for a new generation, that’s still to come yet. And it makes me so happy that a new generation can grow up with it and a new generation is discovering it now.”

Basco remarked that he never really had one big moment of realization that the show had maintained its popularity because, “It felt pretty steady the whole time, especially with engagement online and all of that. Fans are always reaching out and following you and talking about the characters. You lose track of how long it’s been since you’ve done it because the fanbase is always continually following it and cosplaying. With the boom of Comic-Con, we can engage with fan bases all around the world, which is awesome.”

When Zuko was introduced, he seemed to be purely a villain, and Basco noted he had no idea where the story was going. “That’s a wonderful thing about the show, is that I learned, just like the audience, like everyone else did. Originally, I found him to be a bad guy. At the time, I was doing a character on Disney and I was a hero there and a villain on Nickelodeon. But after you find out where he got scarred, you find out who his character really was, and started wondering ‘Who is this guy?’ and I was fascinated by who he became. Every script, every week, was something new to read about. He has his ups and downs and wasn’t perfect. His redemption arc was amazing.”

Regarding what made Zuko and his redemption resonate for so many, Dante observed, “I think what it really is is his imperfections. He’s a kid going through this really crazy journey and he’s imperfect. He doesn’t learn the first time he messes up. He has to mess up several times. And there’s something loveable in that. Even though he’s doing wrong, he thinks he’s doing right at first. And then there’s his relationship with his Uncle Iroh, his relationship with his sister, and with his father… It’s something that transcends the show.”

One standout episode was “Zuko Alone,” which broke tradition by not including Aang or any of the other main characters at all, with only Zuko featured. Said Basco, of that episode, “At that point, he was in a dark place as a character. And by the time we were at that part of the show, even though it was Aang’s story, it started to feel like an ensemble and it made sense to see what Zuko was doing. It was a good time to see what he was going through.”

Though he was grateful to get the episode, Basco noted, “When you’re doing those [solo] episodes, the rest of the cast isn’t there. The fun part of doing these shows is the camaraderie and the actors doing it together. Sometimes those solo episodes are a little lonely!”

Basco said he was happy to find Zuko befriending Aang and the others, recalling, “At Nickelodeon, there’s a big voice booth and then a separate booth.” When Zuko was an antagonist, Basco explained, “A lot of times, they’d put me in that solo one by myself, which you fall asleep in because you’re by yourself so long. It was nice I got to get out of the solo booth and be with everyone else. ‘The gang’s all here!’”

As much as he loved working with Team Avatar, Basco also said he enjoyed, “When Zuko went back to his sister and his family and all the beach scenes and teenagers being teenagers, which was wild. His relationship with Azula, those were some of my favorite scenes, the fights and the banter. And working with Grey DeLisle [who voiced Azula], who is one of my favorite actors of all time, was amazing and so fun.”

Basco also fondly looks back at working alongside Mako, who played his father several times in his career, and on Avatar: The Last Airbender voiced Iroh, Zuko’s wise and kind uncle. “It was a really exceptional role and his last character — he passed away when we were doing it, which was bittersweet. But [Mako voicing Iroh] really added to that relationship. And then Greg Baldwin came in to do the character after Mako passed and he was wonderful also.”

Basco got to return to the world of Avatar: The Last Airbender when he voiced Zuko’s grandson, named Iroh, after a certain honored family member, on the sequel series, The Legend of Korra. Of that experience, Basco said, “I think it’s cool! I got to come back and play my own grandson. The voice can pass on through generations! I think it was a cool Easter egg that they put together for the fans out there. They’re very keen on the fan base and the engagement and how much the fans fell in love with their show and for me to come back and play my grandson was really cool. We didn’t know how we were going to do it. His name is General Iroh the second, which was special to me because of Mako and Uncle Iroh. We didn’t know how it was going to work out. But then the first episode, when it aired and they ask him to join the fight, and he says his first line, my phone blew up and Twitter blew up when it happened. It was pretty funny.”

Avatar: The Last Airbender continues to inspire, which can be seen in the work of artists like Caleb Thomas, who created the new art for the 15th Anniversary Steelbook release or via all the fan art that continues to be made for the series.

Remarked Basco, “It’s great to see it impact a whole new generation of artists out there. I’ve been fortunate to travel around the world to conventions and everywhere I go, different artists have renditions of the whole gang. It’s grown so much and I’m very proud of it.”

Netflix is currently developing a new live-action series based on Avatar: The Last Airbender, but asked if he thought we might eventually get a third animated series continuing the original world, Basco replied, “Who knows, but I would love for there to be not [just] a third series, but a fourth series to complete the circle. This is Avatar! You have to do the airbender, the waterbender, connect to the earthbending Avatar, and then finalize the whole thing with a firebending Avatar. Which I would love to come back and play! It’s a wonderful world. I’m fortunate to be a part of it all.”